The Birth Of My Dreams

Maybe it’s a bit over dramatic to label a birth dream-worthy, but that is truly how I feel about the birth of my third son. This is not to say my first two births were bad. Far from it. But I didn’t necessarily know what I wanted as part of a birth plan the first time, aside from a healthy baby. Of course, who doesn’t want that? But after going through it twice, I definitely had preferences as to what type of birth I wanted this third and most likely final time.

I had hospital births for my first two sons. I opted out of the epidural and had them both without any pain medication. They were both born relatively quickly, so I’m not sure if there would’ve been time for any medication. My oldest got stuck during the pushing phase and was vacuumed out ultimately. Both he and I were fine and didn’t have any extra bruising or tearing. The only “scars” from labor I endured were several popped blood vessels in my face from pushing so hard. I realized that I was pushing from the wrong end of my body, and took a really great workshop called Prepare To Push before the birth of my second baby to avoid popping all my blood vessels again.

For my second son’s birth, I felt more physically prepared thanks to the workshop, but the birth was a lot quicker than my first labor (14 hours with my first vs 5 hours with my second), so the pain felt more intense. There was a lot of yelling and cursing for this second labor, and I made a note to prepare myself better mentally for the third time around. One bit of pain relief that really helped with my second birth was the use of the birthing tub at the hospital. I wasn’t planning on having a water birth, but it just felt so good to be in the water, and I ultimately pushed my second son out in the tub. While the birth was relatively quick (albeit not painless), the recovery in the hospital was mentally gruelling. I shared a room with 4-6 (at one point) other women who had just had babies too. It was loud, emotional and not an ideal environment to bond with my newborn. I vowed to have a different kind of birth the next time around.

I was not really open to the idea of a home birth until I got pregnant with my third son. In my mind, only hippies and people who hated conventional medicine had home births. But I soon started to meet a lot of different type of women ranging from fellow stay at home moms to corporate type working moms to moms working in the medical industry who had wonderful home birth experiences. After reading the statistics about home birth, and how safe home birth is (especially in Canada), I decided this is what I wanted. My midwife told me I was a perfect candidate for home birth given that I have had very low-risk pregnancies and births. While my husband took a bit more convincing, he ultimately got on board because well, happy wife happy life.

This third pregnancy was pretty textbook. I had the normal amount of morning sickness in my first trimester, then a pretty smooth-sailing second trimester rounded out by a heartburn-heavy third trimester. If you’ve been following me on social media, you know that I was pregnant the longest this third time around. This shocked me since conventional wisdom will tell you that you typically go earlier with each subsequent pregnancy. Not for me apparently. So IF I ever get pregnant again, note to self: you will likely go to your due date and beyond. But I also wasn’t super fussed by this since I was also busy still teaching and learning more about hypnobirthing, which I had heard good things about as a source of pain relief. Hypnobirthing, is actually not hypnosis, which I was relieved to learn, it’s more about deep breathing and visualization. I learned some great breathing exercises, which also helped me to fall asleep faster during the last few weeks of pregnancy. As for the visualization part, I focused on prayer and imagined myself speaking to God. This was a really powerful part of the exercise for me.

When week 39 rolled around this time around, I did start to feel different in my body. My joints felt “looser” and I was mildly cramping here and there. At my weekly check-up, my midwife told me I was already 4-5cm dilated, which indicated to me baby was starting to make his way. She offered to do a sweep, which I agreed to, and by the afternoon, the mild cramps I was experiencing turned into early labour contractions. After leaving the midwife, I walked around uptown Waterloo enjoying the warmer weather we were finally having. Then I picked up my second son from preschool and made my way home. By the time dinner time rolled around, my contractions were coming closer together. I still managed to cook and eat dinner because mama’s gotta eat for the potentially long night ahead! Then, I decided it was time for my husband to drop off my older two kids at my mom’s place for the night. When he got home, I asked him to set up the birthing tub (which we rented from my midwife). From about 8pm, I felt that I was in active labor. I called my midwife in between contractions to let her know that I was most likely going to have the baby tonight, but she didn’t need to come out just yet.

For most of my active labor, the most comfortable position for me was to sit on the toilet. Some of the hypnobirthing breathing techniques talk about how it’s actually easier to breathe properly sitting on the loo because your body just knows how to relax, due to muscle memory. Even though my contractions were only 3-4 minutes a part, I was so relaxed (thanks in part to the breathing and a small dose of gravol) that I was able to doze off between contractions. Already, this birth was going so differently from my first two births in such an amazing way. I felt calm, relaxed and in control. Then at around 11pm, I felt something in my body shift. The contractions became a lot more intense and I could literally feel baby descending. It wasn’t as if he was about to fall out, but it felt like he was moving down. I could tell transition was near, so I called my midwife to tell her she should probably make her way to our place.

When she arrived, I got onto my bed so she could check me, and sure enough I was fully dilated. She was worried that I would have the baby right then and there when she hadn’t fully set up her equipment yet. I reassured her that I didn’t feel the urge to push and I was willing to wait until she and my second midwife were all set up. But more importantly, I wanted to wait until my pool was filled and ready for me to give birth in. My husband was waiting to fill it up until the midwives arrived since he didn’t know what the proper temperature should be. Once they arrived, he got on it pronto. By around 11:45pm, the pool was ready to go and my midwives were all set up. So I hopped in the water and immediately felt relief. There is nothing like the buoyancy of water to help pad the intensity of contractions. At this point, my waters weren’t broken, but I really wanted to avoid having them purposely broken as in the past that is what was always suggested for me, and it’s always intensified my labours. I almost feel like having my waters intact helped both me and my baby feel less of the contractions. Baby’s heart rate was very steady this whole time, so we had time to just let nature take it’s course during this last “waiting stage” before baby made his appearance.

At this point, my midwife advised me that I could push whenever I wanted to since I was fully dilated. I could wait until I felt the urge to push, or just give it a go when I had a contraction. I have never actually felt the urge to push before in any of my births. It was just something I had to force myself to do. This birth was no different, and so I decided that on my next contraction, I would just give it my all with the “push” breathing I had been practicing. So for my next contraction, as I pushed baby’s head out, I could feel my waters break. Then after taking another breath, I pushed the rest of his body out into the pool and then scooped him up into my arms. It was both such a rush and a relief. At 12:03am, Roman David Julian Lovely was born.

We hung out in the pool for another 20 or so minutes having skin to skin and waiting for the umbilical cord to stop pulsing. Then I hopped onto my bed to deliver the placenta and my husband finally cut the cord. I didn’t let go of baby Roman for a good couple hours until my midwives had to weigh him. While I bonded with baby Roman, my midwives cleaned up the pool and the birthing area. You could never tell a homebirth actually took place in my bedroom. My birthing playlist was still playing in the background when they left, and it was such a serene and peaceful scene lying in bed with Roman and my husband. We enjoyed that first night, just the three of us, and my older two boys were so overjoyed to meet their new brother the next morning. It has now been a week since the birth, and I still get starry-eyed thinking of the night of Roman’s birth. I wouldn’t typically describe birth this way, but it was such a peaceful experience. So does this mean I would do it again? Well, never say never. But I think it’s best to leave things on a high note, wouldn’t you agree? 🙂 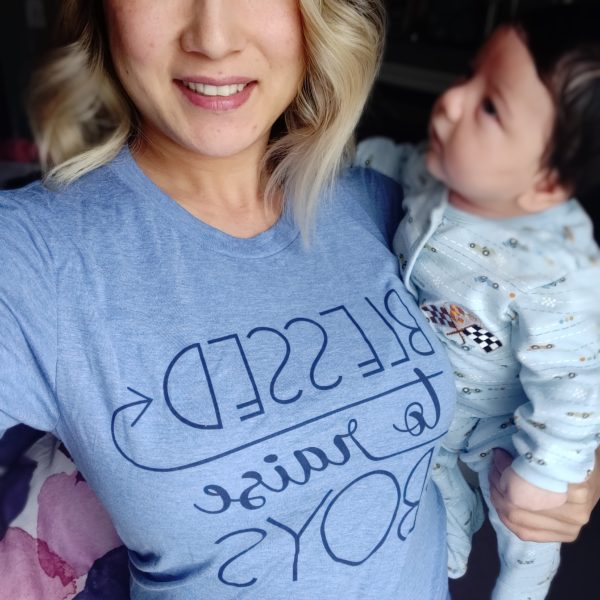 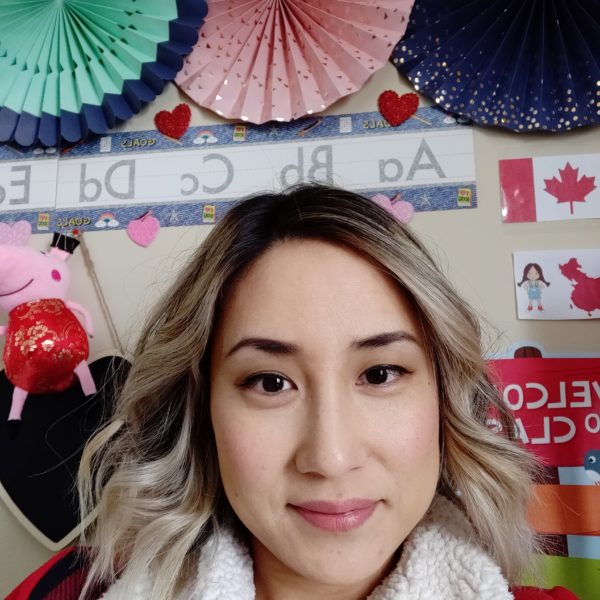 (My Current Teaching Background Above) There are so many ways… 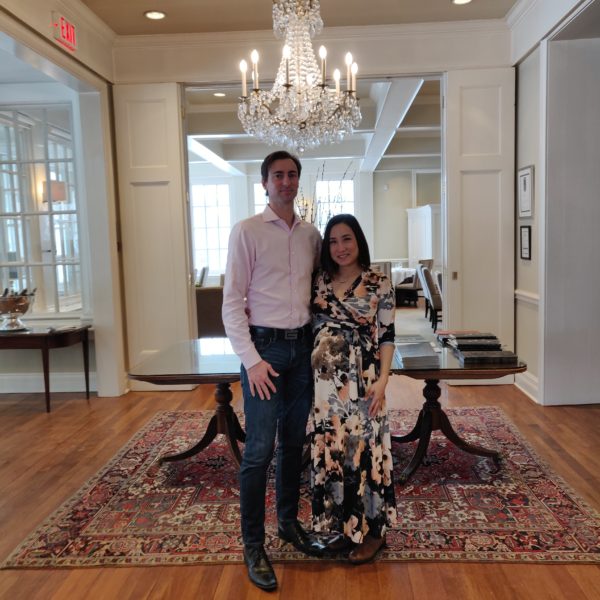 Is A Babymoon Frivolous or Necessary?

It’s probably neither. But it can definitely be both. My…

Continue reading...
1 Discussion on “The Birth Of My Dreams”